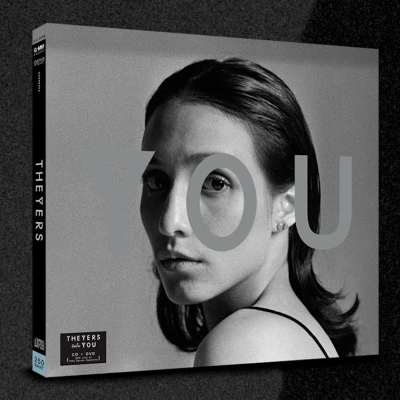 The album has nine tracks altogether (Why not the standard 10?), including 3 previously released singles:

The first single from this album was their song “คืนที่ฟ้าสว่าง / Keun Tee Fah Sawahng (The Night the Sky Was Bright).” It’s a standard, upbeat rock song about the joys of love and the torture that follows when a relationship ends. When this first came out last year in 2014, I wasn’t blown away by it. It’s not horrible by any means, but nothing stuck out to me sound or lyric-wise. The music video, though mildly interesting with the frontman pounding away at the typewriter (how hipster haha), didn’t have much of an in-depth storyline to it to help make the song more memorable, and it quickly slipped my mind.

The second single was track 4, “เสพติดความเจ็บปวด / Sep Dtit Kwahm Jep Bpuat (Addicted to Pain).” Another upbeat rock number that started off sounding similar to the first single in vocals and tempo, coupled with strangely masochistic lyrics about wanting to remain in pain from a failed relationship. Even the catchy bass line and addition of bongos in the latter half couldn’t make it appealing enough, and again, it didn’t stick long with me.

It wasn’t until the release of their third single, track 7 on the album, “เพียงหนึ่งครั้ง / Piang Neung Krung (Just Once),” that I even started paying the band any attention. This song switched it up with a slower beat, softer instrumentals, and stronger vocals. Even though the lyrics are your average I’m-still-in-love-with-you-and-can’t-get-over-you message, I liked the sound a lot. The music video also made it stand out to me; rather than just shallow, generic scenes of a guy crying and reminiscing about the past like I feel most music videos of this nature are, this one tells the story of a borderline crazy man trying move on with his life, but returning to thinking about all the past events with his ex, saving and looking at all their old mementos until he finally invites her over to his place and tries to spoon-feed her romantically. He gets angry when she gets weirded out and refuses to eat, to which she reminds him that they’ve been broken up for a long time, and he silently pulls out his box of mementos and starts going through it, revealing a wedding invitation indicating how deep their relationship once was. I think the music video helped make the song more unique and appealing.

However, despite the mediocrity of their first two singles, every B-side is quite intriguing and are what really drew me into the album. Who was responsible for deciding which songs to release as singles? Can they be fired? I’d LOVE to see some of these secondary tracks get music videos and airtime!

An audio for their fifth track, “แอบรอ / Aep Ror (Secretly Waiting),” was recently uploaded to Youtube with a “live session” video, so I’m not sure if it’s going to be released as a single, but I’d love to see a music video for it. Though the general beat and feel of it are yet again the seemingly standard Yers sound for most of this album, I like the melody of the chimes, and that bass line (And that bassist!). I like the lyrics as well, about a guy realizing he’s fallen for a girl, so he’s impatiently waiting for her to break up with her current squeeze.

Starting from the beginning now, the opening track, “เสียสละ / Sia Sala (Sacrifice),” is a rock song with a haunting piano melody that matches the stormy mood of realizing there’s no way to save it and finally letting go of a dying relationship. Though not my favorite subject matter, it has an interesting, almost 80s-ish sound to it.

The next B-side is “Loop.” This has such a swanky, bouncy beat to it, combined with a synth melody, it’s hard to believe this is such a sad song. I much prefer lyrics like these; Rather than explicitly reiterating how sad you are and how much you miss that certain someone, this song instead conveys that emotion by putting the focus on listening to a song on repeat (Something I think most of us can relate to) and being reminded of their heartbeats (and whatever memories, ie. sexy time, must be tied to that aural stimuli) by the drum beat. The lyrics of this song really stood out to me, and I find it much more striking than any of their chosen singles.

By far my favorite song on the album is #6, “ความลับของเงา / Kwahm Lup Kaung Ngao (The Secret of a Shadow).” Not only does it also have a catchy, swanky beat in the intro, similar to “Loop,” it still has a primarily good-old-fashioned rock sound, and for some reason, the frontman’s voice sounds a lot stronger and steadier to me in this track. I’m also head-over-heels in love with the lyrics. I really love songs with just a teaspoon of crazy, and this one has just this; It starts out innocent enough, a guy talking about his one-sided love that he knows is never going to happen, so he keeps it a secret. As it goes on, the song develops a subtle dark overtone, with lyrics talking about how his love gets darker, how he gets darker, about how he lies to himself and pretends she shares his feelings, and how he’s upset that he can’t make his feelings known. I would LOVE to see this song get a good music video with an intense portrayal of the storyline.

The second to last track, “TV,” has a softer sound, though still an upbeat rhythm to it. This is another B-side that has beautiful lyrics; again, instead of literally stating “I’m sad” or “I miss you so much,” they communicate it by creating a detailed mental image of a guy sitting alone, watching old TV dramas and thinking about an old love, about her perfume, about the look in her eyes, about the feel of her against him, and feeling dark compared to the bright moon.

The album ends with the final song, “ผีตากผ้าอ้อม / Pee Dtahk Pah Aum (Twilight).” For the last time, I promise, I have to ask, why are the B-sides so beautifully written with unique, poetic lyrics and such standard, average-lyricked songs chosen to be singles?!? I love the metaphor created in this one, likening a relationship to the span of the day, with it finally coming to an end as the sun sets and having to deal with the sour aftermath during the night time. It appeals to both my affinity for metaphors and for bitterness, and is a nice number to end the album with.

Bottom line, don’t let the creepy cover deter you (am I the only one who finds that girl’s face unsettling?); if you’re a fan of the rock genre, even if you weren’t blown away by the Yers’ released singles, definitely check this album out for at least the B-sides. And if you did love their singles, then you’ll love the rest of the album even more~
The packaged album even comes coupled with a DVD of live sessions and behind-the-scenes footage.
I think I’d rate this a decent 7/10; A good overall release for the Yers, and I BEG the band to release more of the tracks as singles~

As usual, I encourage you to support the artists and purchase music legally~ No matter where you live in the world, you can order a hardcopy of the CD from eThaiCD, or, if digital format is more your style, it is available on iTunes as well.

Lastly, what do you think? Agree? Disagree?