Posted by Tahmnong on July 5, 2015
Posted in: Artist Spotlights. Tagged: Dome the Star. Leave a Comment 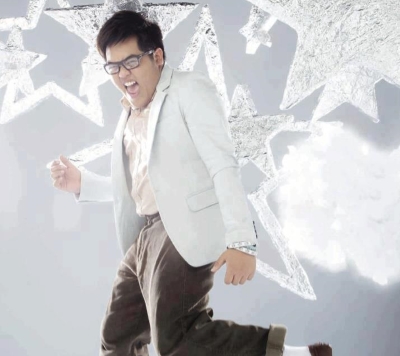 Dome, the winner of the reality singing contest The Star’s 8th season, was born in Phuket, Thailand, to a poor family with one younger brother and a father who is a paraplegic after suffering a cerebral hemorrhage from an accident. He has always had a love of singing and entered singing contests since he was 16 years old in hopes to help ease the financial burden on his mother, performing in folk song concerts and even working with artist Ben Chalatit. He attempted to compete in The Star’s season 4 and 5, but was eliminated early on. After being able to perform with The Star’s 4th winner, Gam Wichayanee, who managed to win despite not being conventionally attractive, he was inspired to keep striving and never give up, managing to compete in The Star season 8, where he won the grand prize and signed a recording contract with Thailand’s major label, GMM Grammy in 2012.

Since his win, he has had several charting singles, lakorn soundtracks, and his own solo album. He has even broken into acting, playing Toon in the TV sitcom Yeun Den (ยีนเด่น) in 2014-2015, playing Pia in the movie Plae Gao (แผลเก่า ), and even providing his voice to the Thai dubbing of Lava, the animated short before Pixar’s feature length movie Inside Out.

Though anyone who knows me knows I don’t think very highly of any of Thailand’s 9382918 reality singing contest shows, Dome is one of the few artists who has really grown on me. I really like that he doesn’t have that cookie-cutter Korean idol look that most singing contest winners have, and he actually has a strong, soothing voice with a wide range. I haven’t been able to catch Dome in concert yet, but I really hope to some day. He seems like a very humble, dedicated artist who really enjoys singing and puts his all into his work. I wish him luck following his dreams to be an artist and help his family out! 🙂

If you’re a fan of R&B, pop, or folk music, definitely give Dome Jaruwat a chance! 🙂